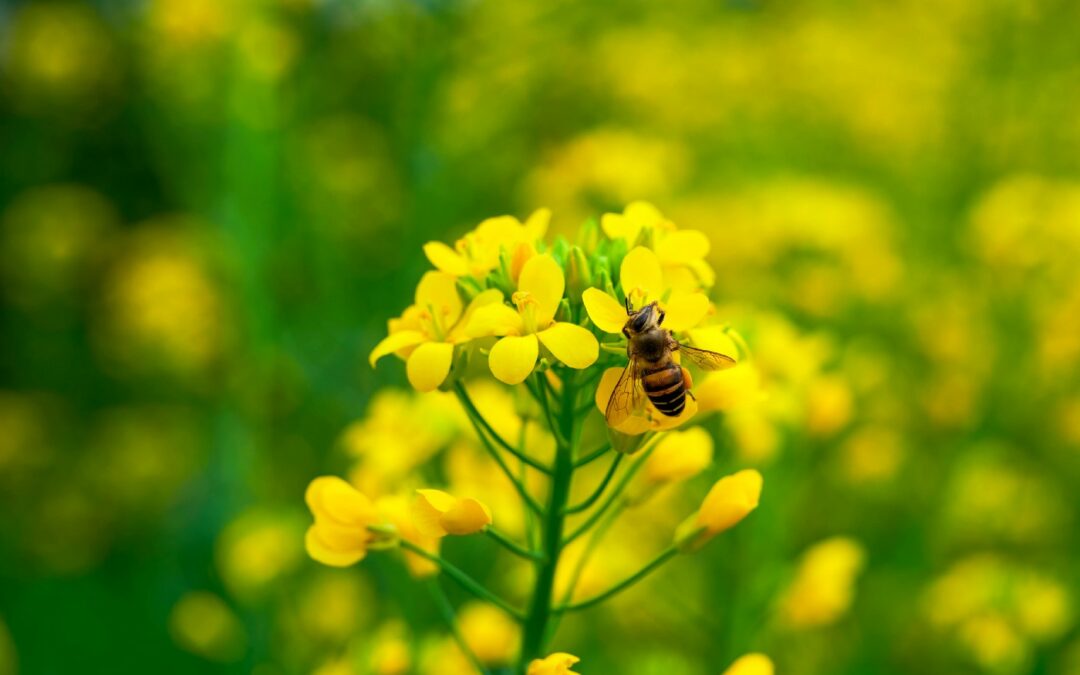 Article from Friends of Earth

There would be no apple pie, no tomato sauce for pizza, no coffee for a morning pick-me-up without bees and other pollinators.

That’s why Friends of the Earth is fueling a race to the top to save bees from toxic pesticides with our Bee-Friendly Retailer Scorecard. Since we started the scorecard, twelve companies have created pesticide policies, that’s half of the companies we grade.

But despite this exciting momentum, action across the food retail sector falls woefully short of what is needed to save the bees and other critical biodiversity that underpins our food system.

The same pesticides that are killing bees are driving an “insect apocalypse” that threatens the ecosystems we depend on for survival. And these same chemicals threaten the soil life that is the heart of regenerative agriculture, and therefore must be addressed in order to build healthy soils that sequester more carbon, enhance farmers’ resilience to climate change, and conserve water.

What’s more, these same pesticides harm human health, including the farmworkers and rural communities on the frontlines of exposure. Pesticide exposure is linked to cancers, asthma, neurodevelopmental disorders like autism and ADHD, and to adult neurological diseases like Alzheimer’s and Parkinson’s. Exposure is also associated with reproductive disorders like infertility and other disorders related to the hormone system.

So, if companies want to make good on their goals around biodiversity, climate, health, and labor that they’re setting as part of their environmental and social governance (ESG) programs, they have to step up and address the routine use of toxic pesticides in their supply chains.

Here’s what we found this year:

Stronger market leadership is critical because our federal pesticide policy system is broken. U.S. agriculture uses more than 1.1 billion pounds of pesticides annually, representing approximately 15 percent of total global pesticide usage. The U.S. Environmental Protection Agency (EPA) allows use of over 70 pesticides that are banned in other countries. And the EPA approved over 100 new pesticide products containing ingredients widely deemed to be highly hazardous between 2017–2018. Meanwhile, the five largest pesticide manufacturers — Bayer, Corteva, FMC , BASF, and Syngenta — reap billions in profit from pesticides known to be highly toxic to bees and people.

In the absence of federal action, the grocery stores that sell our food have a major role to play in moving from pesticide-intensive agriculture to the organic and regenerative food system that we need. They certainly have the market power to do so — together, the 25 companies we evaluated on the scorecard controlled $1.78 trillion in food and beverage sales in 2021. The four largest — Walmart, Amazon, Costco, and Kroger — controlled $1.02 trillion.

We have proven ecological solutions in the farming sector that can grow healthy, abundant food while protecting pollinators, contributing to climate solutions, and bolstering farmers’ bottom line. Major U.S. grocery stores are among the biggest buyers of food produced with toxic pesticides. It is time that they implement policies that reflect the interrelated biodiversity and climate crises we’re facing and support a rapid transition to the ecological food system of the future.