Lead Batteries’ Top Sustainability Score May Be Model For Other Sectors 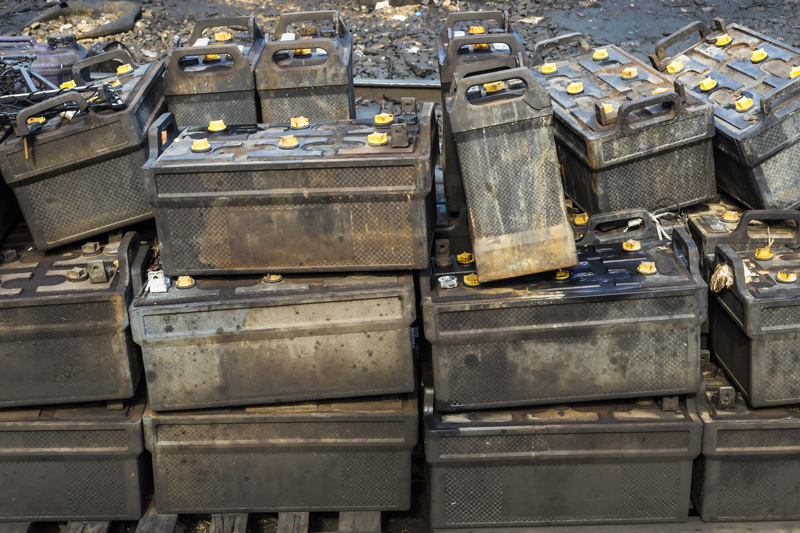 A global non-profit organization that assesses the sustainability of consumer products is awarding widely used lead-acid batteries one of its highest scores as the most recycled consumer product, a significant finding that experts suggest could be a model for other sectors as they weigh steps to participate in the emerging circular economy.

As markets expand for electric vehicles, solar storage, and other alternative energy technologies and the demand rises for zero waste, the high rating for lead batteries poses a challenge for lithium-ion batteries that are found in most portable consumer products and plug-in hybrid electric vehicles, because those batteries are much harder to disassemble and reuse and are an important component of electronic waste-streams. Other consumer battery types also face major recycling challenges.

While many products “end up in the dump,” lead-acid batteries have a 99.4% recycling rate, earning the products a 68.64% score under the TSC assessment system. The batteries “are one of the highest scorers in our entire portfolio” or more than 100 individual product categories, Mars said.

TSC, a joint effort between Arizona State University and University of Arkansas, uses science-based information to evaluate the life-cycle impacts of consumer products. TSC uses data to examine key performance indicators, such as climate and energy; worker health and safety; emissions control; resources conservation; and responsible sourcing. TSC was “the engine behind the Walmart Sustainable Supplier Index,” which the company uses to green its supply chain, Mars said.

Noting that 68.64% is “a tad specific,” but based on data, Mars remarked that sustainability scoring is interesting because it is possible to say a product is more or less sustainable but not to define “an absolute sustainable number.” The TSC score reflects how well a company knows its supply chain, how well is it communicating with its upstream and downstream vendors, and what a company is doing to address issues that will make it more sustainable. A score of 100% would suggest that TSC wrote its questions incorrectly or a company is being dishonest, she said. The lead-acid battery sector received its score “because they do take this seriously” and are asking how to take the sector even farther forward.

TSC is working with the Responsible Battery Coalition of companies, academics, and NGOs to explore how to the same recycling levels as lead-acid batteries can be achieved for other batteries.

At the session, Christopher Edward Pruitt, CEO of privately-owned East Penn Manufacturing Co., the world’s largest single-site lead battery manufacturing facility, described his company’s production and recycling processes. He said that the company relies on extensive data to operate efficiently and its operations are so effective that EPA has used the facility for teaching new hires, bringing them to the East Penn recycling plant to learn what is possible.

Mark Drezdzon, vice president for research & development at RSR Technologies, a non-ferrous smelting and refining industries R&D company, described the technical challenges of recycling advanced batteries and the need to educate the public about differences among battery types. He also noted that the Argonne National Laboratory has technology that can now look in detail at how a lead battery operates, providing molecular-level insights 160 years after the batteries were first used that will enable more efficient lead batteries in the future.

During discussion, Mars noted that standardization has been a catalyst for lead battery recycling, making any lead battery easy to break open and recycle. Diverse materials, as with lithium-ion batteries and different types of plastic, are harder to recover, perhaps pointing to the need for simplifying materials to make recycling work. Batteries embedded in watches and other products, making them unremovable, and single-use button batteries will be an especially difficult challenge ahead.

Because not everyone acts in their best interest, “regulatory encouragement” is also important, Mars said. California is looking at an “extended producer responsibility model,” she noted, adding that the key is to collect used products. After collection, a use can be found for the items.

Pruitt added that a company also needs the right “culture,” recognizing that economics matter but also that the “soft tissue stuff” of recyclability and sustainability must be top priorities. Drezdzon said for advanced battery recycling the biggest challenge in the United States will be to make a cultural change to foster recycling and responsible reprocessing. — David Clarke