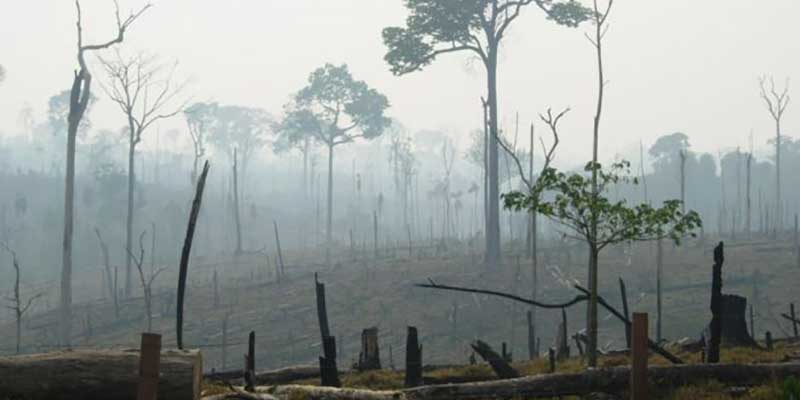 In the last decades, the effort to preserve the environment seems to have been incorporated, to a greater or lesser degree, by governments, companies and citizens.

But, according to a study published Thursday in the journal Science, there is one type of environmental problem, the most serious one, that is not being reduced: deforestation caused to free up space for the production of commodities.

The concept defines products that are virtually uniform and have their prices regulated by the international market – such as coffee, salt, sugar, soy and metals such as silver, gold and iron.

In general, the production of commodities is also dependent on large territorial extensions.

“Even so, commodities themselves should not be vilified, even though their production contributes significantly to the loss of forests,” data analyst Philip Curtis, a contributor to the non-governmental organization The Sustainability Consortium and the lead author of the study.

“As the world’s population increases, there is a growing demand for food for people and animal feed, so we should never lose sight of what is gained when forests are replaced for commodity production.”

The researcher found that one of the most damaging examples in this case is the cultivation for the production of palm oil. “Specifically in Southeast Asia,” he says.

“There are alternatives to palm oil and its byproducts, but they can be more expensive.” Certifications help reduce deforestation, but they are not the complete solution. Almost always the decision to prioritize forest protection faces economic forces such as the need to a business for profit and people’s demand for less expensive goods, so governments, businesses and consumers must decide how to balance the desire for cheap goods with a desire to protect forests if we are to prevent the permanent loss of forest land. ”

To get the data, the analyst used current maps that show the deforested areas on the planet. Curtis analyzed forest transformations from 2001 to 2015. In addition to demonstrating these changes, the study also concluded that all forests undergoing drastic changes, even if they are punctual, end up being changed permanently.

The images were taken from records made and stored by the Google Earth platform, from satellite photographs. These figures show that 27 percent of global deforestation is caused by commodities – and, unlike other factors, this is a relatively constant figure over the last few years.

In the article, the scientists still point out that, irrespective of any further conclusion, the study “indicates that zero deforestation policies are not being implemented quickly enough to achieve the goals.” Curtis points out that 450 large global corporations have already committed to work on “zero deforestation” by 2020.

The study mapped all the reasons that lead to environmental changes through deforestation. The most serious is the change of a forest landscape in order to open space for the production of commodities, both in agriculture and mining. This intervention is permanent.

There are other worrisome factors, but these are of a temporary nature: shifting agriculture, controlled logging, and fateful forest fires.