About Those Straws: Even In Arid Arizona, All Drains Can Lead To The Ocean 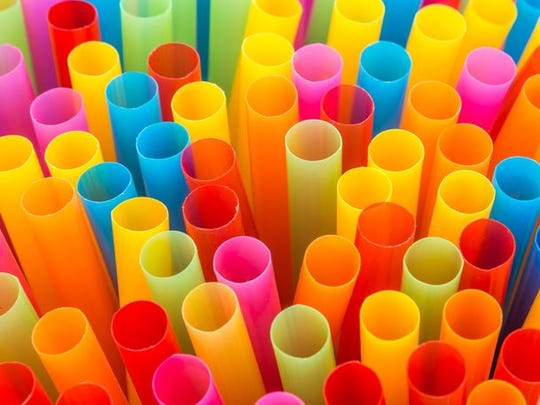 I wrote last week about my friends’ reusable straws and how I suddenly felt responsible for every sea turtle with a plastic drinking straw stuck up its nostril. In response, I got an email from reader James West asking, somewhat sarcastically, I presume, “Please explain how your straws that go to the Maricopa county land fill get into the ocean?” It was an interesting question. We’re nowhere near the ocean.

Since my knowledge of this topic is limited to “Finding Nemo” and the wisdom of Gill, who said, “All drains lead to the ocean,” I asked someone who would know. Carole Mars is director of Innovation and Technical Development at the Sustainability Consortium at Arizona State University. It’s true most of the plastic in the ocean comes from the nation’s densely populated coastlines, Mars said. But if you live inland, the trash you toss, straws included, can end up there, too. Rhonda Rhiner stopped using plastic straws because Aquaman said it was bad for the ocean. Not all straws make it to the landfill. Small and lightweight, they fall on the ground, tumble out of trash cans and fly out of garbage trucks. Wind or rain could wash them into storm drains. From there, one good storm could wash the straws into one of Arizona’s waterways, which, even though they’re dry much of the time, flow toward the ocean. (The Gila River meets the Colorado River, which empties into the Sea of Cortez.)

“Just because our rivers don’t flow year-round doesn’t mean this material doesn’t have ways to get to the ocean,” Mars said. “It might just take a little longer.” Plastic straws have plenty of time. It can take hundreds of years for them to break down. In that time, they pollute the environment. Birds and animals can eat them. “It may not be as dramatic as a straw caught in a sea turtle’s nose, but it is an issue,” Mars said. So, really, Gill was right. All drains lead to the ocean. Eventually.